Over the past two months, the tension in Greek-Turkish relations has reached new heights. What triggered it seemed to have been the age-old Turkish claims concerning the continental shelf delimitation and the total demilitarisation of the Greek Islands in the Eastern Aegean. This rekindled a relentless media war between the two neighbours and continuous Turkish provocation in the area by violating the Greek air and sea space.

The demilitarisation of the Greek islands of the Eastern Aegean Sea and the delimitation of the continental shelf are two issues that have been haunting the two countries since the early 20th century and based on certain historical events. These concern the clauses contained in the 1923 Treaty of Lausanne and the 1947 Treaty of Paris signed and ratified by both countries. They imposed the demilitarisation of the Aegean islands of Samothrace, Imbros, Tenedos, and the Rabbit Islands (Turkish: Tavşan adaları) allocated to Turkey. The country, however, seems to not conceal the presence of military contingents on Imbros and Tenedos invoking the Montreux Convention. The latter, signed in 1936, regulates the naval traffic through the Bosporus and Dardanelles Straits in Turkey. With the Treaty of Paris, a regime of complete demilitarization was imposed on the Dodecanese that, according to the same treaty, were to be ceded from Italy to Greece. Nevertheless, in 1974, after the Turkish invasion of Cyprus, Greece started again to militarise several islands in the Eastern Aegean.[1]

Another important element to consider is Turkish expansionist claims, summed up in the so-called Blue Homeland doctrine (Mavi Vatan). This was developed by the Turkish Navy based more on Kemalist claims than on political Islam, as in the case of Erdogan’s AKP party. The Turkish government has nevertheless adopted the Navy’s viewpoint and assertions, which determined a change in Turkish foreign policy based on opportunistic considerations. The Mavi Vatan, created by Admiral Cem Gürdeniz in 2009, was the reaction of a portion of nationalist elements to the openness shown by Erdogan towards the European Union and, particularly, the reunification of Cyprus. This nationalist segment also reacted to Cyprus’s accession to the EU in 2004 and the subsequent delimitation of its Exclusive Economic Zone (EEZ). The discovery of several gas reserves in the area made this delimitation even more imperative for Cyprus by resorting to the 1982 United Nations Convention on the Law of the Sea (UNCLOS), also known as the Montego Bay Convention.[2]

The UNCLOS, never ratified by Ankara, is the country’s main thorn, especially in art. 121 that regulates the role of islands in the delimitation of the continental shelf. Accordingly, islands, along with the mainland, can be used as a criterion to determine a country’s territorial waters.[3] This is categorically rejected by Turkey as the 200 nautical mile limit set by the Convention does not reflect the reality of the Mediterranean Sea dotted with islands. Moreover, increasing the extension of the territorial waters from the original 6 miles to 12 favours countries like Greece, which possesses several islands, many of them very close to the Turkish coast (e.g., Kastellorizo).

Tangible proof of the UNCLOS rejection by Turkey is the 2019 agreement signed between Ankara and Tripoli. The pact, renewed in 2021, aimed to delimitate the two countries’ EEZ, ignoring the UNCLOS’ provisions entirely. This caused the harsh reaction of Greece and Cyprus as the agreement delineates a Turkey- Libya EEZ ignoring the sovereign rights of several Greek islands, like Rhodes and Crete, by eliminating their respective continental shelves and EEZ.[4]

More recently, a new casus belli was provided by the recent visit of Greek Prime Minister, Kyriakos Mitsotakis, to the US. During his meeting with the US President, Joe Biden, Mitsotakis showed a copy of the Mavi Vatan with all the Turkish claims on the Greek territorial waters and asked for more US support.[5] Moreover, in his speech to the US Congress, the Greek PM warned against selling arms to Ankara as this could cause new sources of instability within NATO.

The US had cut out from the US’s F-35 fighter jet program and sanctioned Turkey in 2019 after the latter purchased Russian S-400 anti-missile systems. Erdogan’s response was immediate. The Turkish President openly declared that Mitsotakis “no longer exists” for him and that the strategic council meeting in which both were scheduled to appear will be cancelled.[6] Right after Mr Mitsotakis, the Turkish Foreign Affairs Minister, Mevlut Cavusoglou, flew to the US to meet Secretary of State Antony Blinken and discuss the purchase of F-16 fighter jets.[7]

This longstanding situation set a series of reactions into motion. Accordingly, Greek airspace is violated almost daily in the Aegean Sea. These violations are carried out through military jets over several Greek islands and inhabited centres. Illegal NAVTEXs are often issued by the Turkish Navy to interfere in Cyprus’ hydrocarbon program within the country’s EEZ. This, for instance, created not a few problems with the agreement Nicosia signed with the Italian company ENI in 2018 as the Turkish Navy cancel the gas drilling activities in Block 3 of Cyprus’ EEZ.[8] A hot episode occurred in 2020 after the collision of a Turkish frigate with a Greek one that was monitoring the movements of the Turkish fleet on the Greek continental shelf.[9] Lastly, the weaponisation of migrants occurred in 2020 in north-eastern Greece in the Evros region when Turkey opened unilaterally its northern border with Greece and released thousands of migrants into the EU.

Given the past and present issues affecting this geographical area, the spectre of a possible war has materialised. Nonetheless, three factors could be enough to rule out this scenario.

Firstly, Greek-Turkish skirmishes in Eastern Aegean have been going on for decades without any major escalations leading to direct aggression. Even those episodes that have been defined as hot, did not lead to any open conflict. This modus operandi seems to have become an established tit-for-tat practice leading more to a power show-off and a nerve-racking provocative behaviour. Moreover, both countries are NATO members and further destabilisation in the area would be counter-productive for both.

Not coincidentally, NATO Secretary Jens Stoltenberg has recently demanded that the two parties resolve their territorial disputes in the spirit of trust and solidarity using moderation and avoiding rhetoric of actions that could escalate the situation.[10] According to the Turkish side, attempts have been made in the past two years to solve the issues through international law, good neighbourly relations, dialogue, and negotiations. Nevertheless, the major issue hindering this process, according to Ankara, concerns the Greek tendency to escalate the issue to Brussels and NATO rather than tackle it directly.[11]

Another factor concerns the two countries’ intense economic cooperation. Turkey represents the major point of connection between Europe and the Caspian Sea for the provision of gas from Azerbaijan. The Trans Adriatic Pipeline (TAP) is a case in point. Completed in 2020, the pipeline transports gas from the Azerbaijani gas field Shah Deniz and constitutes the central part of the Trans-Anatolian Natural Gas Pipeline (TANAP), which is a major part of the Southern Gas Corridor.

As the pipeline runs through Turkey, the geopolitical importance of the country is self-explanatory as gas provisions for Greece, Albania, and Italy, secured through the TAP, are also contingent upon good relations with Ankara. Moreover, in the framework of the recently improved relationships between Turkey and Israel, it seems that the former is bound to become a key player with the US blessings. The latter has recently withdrawn its support for the EastMed, a project that would involve the participation of Israel, Cyprus, Greece, and Italy, favouring instead a new pipeline project that would connect Israel and Turkey.[12]

A third factor concerns the possible Russian threat in the Mediterranean and Turkey’s stance. In February, Russian unusually enhanced presence in the Mediterranean was registered. According to the data, a thick formation made of Slava cruisers and support ships was sailing toward the Russian base in Tartus, Syria.[13] This increased the fears of a possible passage of the Russian ships stationed in the Mediterranean to the Black Sea through the Bosporus. Therefore, a more mediating stance from the side of NATO has become even more imperative as cracks within its members in the area could offer more breeding ground to Moscow.

Accordingly, the choice to convert the Greek port of Alexandroupoli, instead of the Bosporus, into a transfer point for arms supplies from the West to its Black Sea countries,[14] Turkey’s refusal to join sanctions against Russia, and Ankara’s overall mediating stance on the conflict could worsen the situation between Turkey and the defence alliance. Nevertheless, Ankara’s initiative to close the straits to Russian warships in February, by the Montreaux Convention, contributed to reducing the risks. The main reason is that Ankara cannot afford to lose western support.

Hence, notwithstanding the tensions between Ankara and Athens, the commercial and strategic interdependence between Turkey and the west is a fait accompli; Turkey’s geopolitical relevance as a country located between Europe, the Caucasus, and Central Asia, is too important for NATO to let the skirmishes between the two neighbours take the upper hand and put in danger the security of the region. Likewise, NATO and the west are too important for a country that is currently facing a harsh economic slowdown amid people’s discontent and upcoming presidential elections.

[2]Denizeau A. (2021) Mavi Vatan, the “Blue Homeland” The Origins, Influences and Limits of an Ambitious Doctrine for Turkey, Ifri. https://www.ifri.org/sites/default/files/atoms/files/denizeau_mavi_vatan_turkey_2021.pdf Accessed 21-06-2022.

[3]United Nations Convention on the Law of the Sea (UNCLOS) https://www.un.org/depts/los/convention_agreements/texts/unclos/unclos_e.pdf Accessed 21-06-2022.

Disclaimer. The views and opinions expressed in this report are those of the author and do not necessarily reflect the official policy or position of SpecialEurasia. 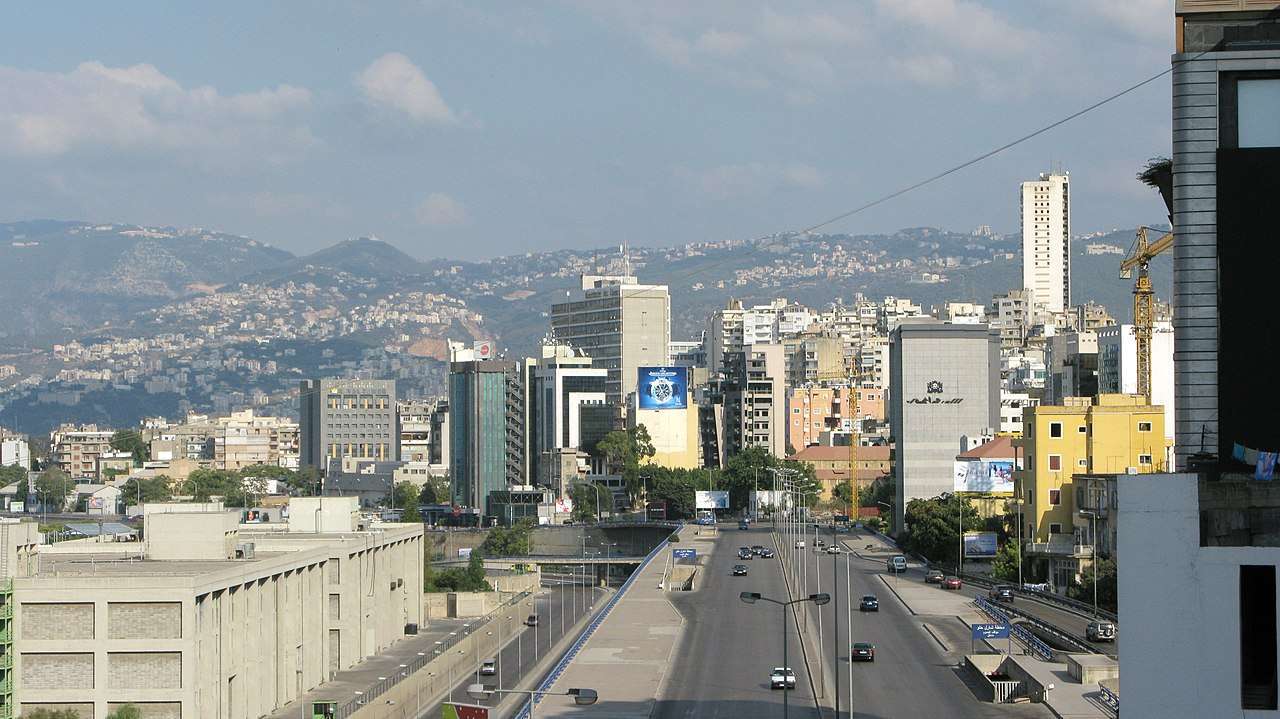 Tokaev’s new Kazakhstan: the dawn of the “Second Republic”? 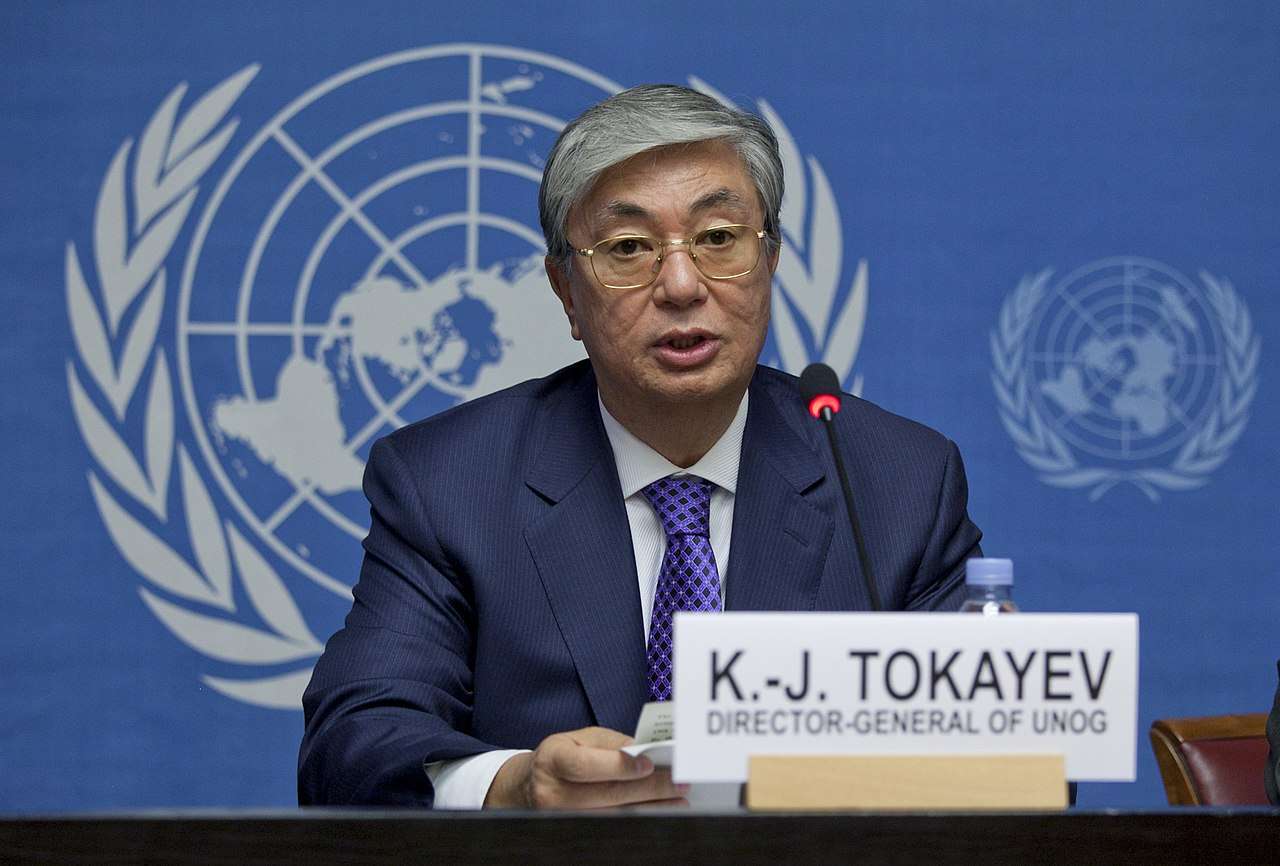 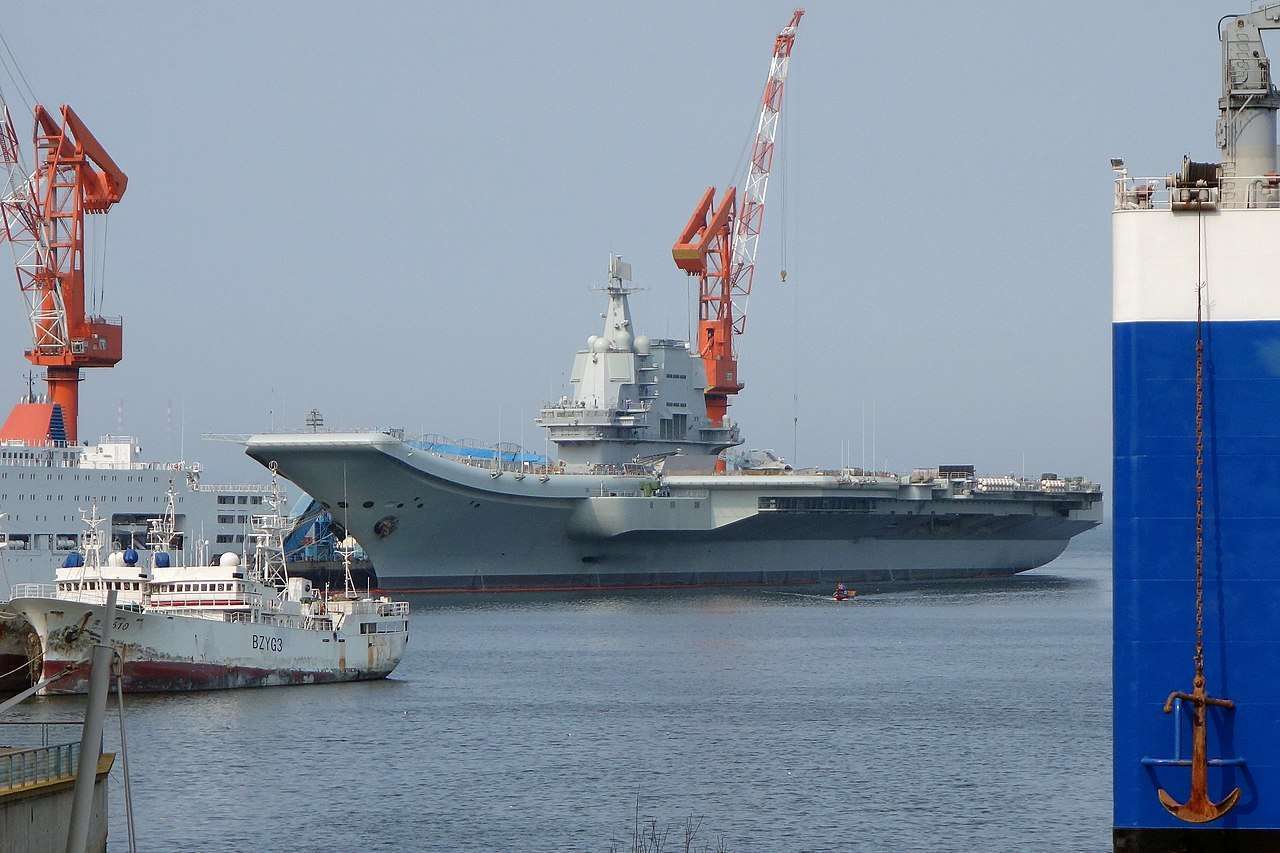 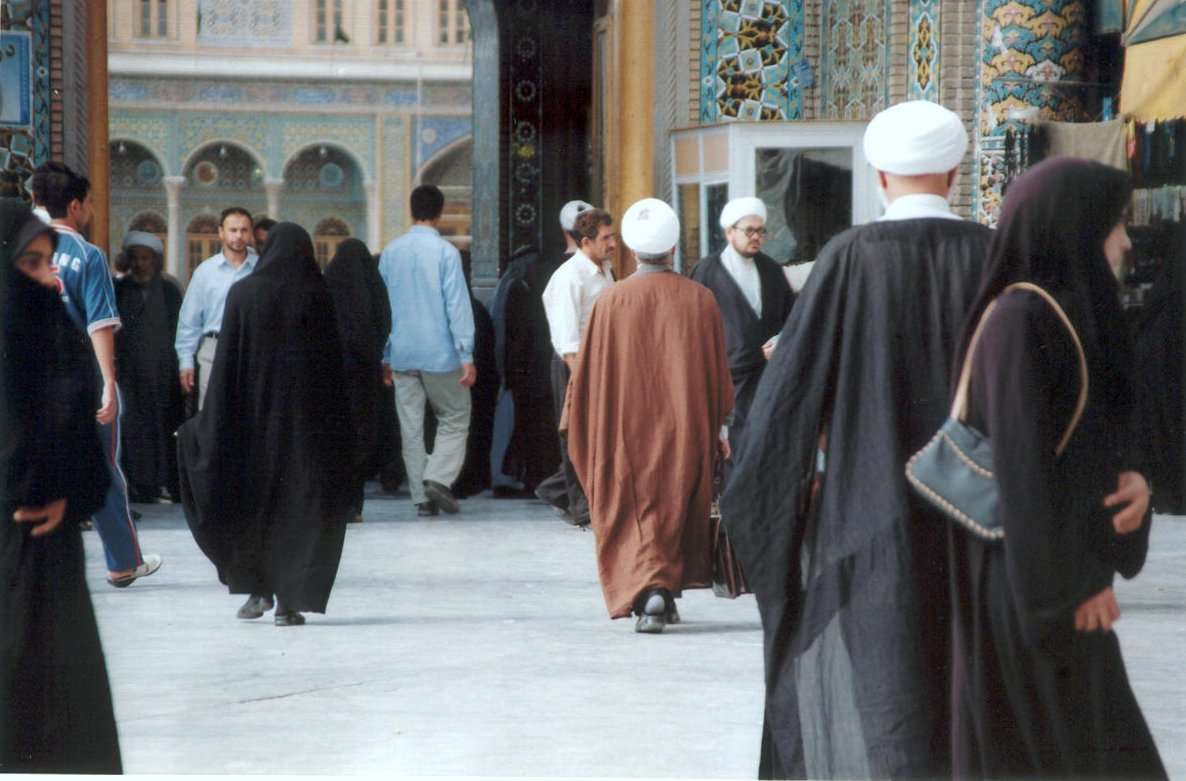