The European Union seeks to increase its economic partnership with Tajikistan to strengthen Brussels’ position in Central Asia and become part of the ‘New Great Game’ that is characterising Central Asia after the U.S. troops’ withdrawal from Afghanistan.

On November 22nd, 2021, the High Representative of the European Union for Foreign Affairs and Security Policy  Josep Borrell visited Tajikistan and met with Tajik President Emomali Rahmon and Tajik Foreign Affairs Minister Sirojiddin Muhriddin. The parties discussed an agreement of cooperation and the possibilities of expanding trade and economic partnership.

The Tajik Foreign Affairs Minister Muhriddin noted that the Republic of Tajikistan wants to enter the European Union’s Generalised Scheme of Preferences (GSP +), which will allow the export of Tajik products at customs privileges.

The parties also stressed the importance of reducing tensions in Panjshir province through a ceasefire and opening roads for humanitarian aid.

Rahmon thanked Borrel for helping Tajikistan amid the pandemic, worth about 112 million euros. He also pointed to the effectiveness of the Border Management Programme in Central Asia (BOMCA) aimed at strengthening the Tajik-Afghan border.

Central Asia has a strategic role in the Eurasian geopolitical chessboard. The region is rich in natural and energy resources and might be considered a ‘bridge’ linking Europe and Asia. Considering Tajikistan’s geographical position in Central Asia (the country shares borders with Uzbekistan, Kazakhstan, China, and Afghanistan), Brussels aims to expand its role and influence in the country and promote its ecological strategy transition, regional security, economic partnership, and humanitarian help.

In Tajikistan, the European Union should face Russia and China’s prominent role and Iran and India’s attempt to strengthen their presence in the country.

Russia has considerable interests in Tajikistan since it is part of the Kremlin’s blizhnee zarubezhe (near abroad) and lebensraum (vital space), where Moscow aims to expand its political, economic, and military influence and presence. In Tajikistan, the Russian Federation has the 201st Military Base near Dushanbe. Moscow has several times confirmed its readiness to support and guarantee Afghan-Tajik border security and prevent the spread of terrorism in the country. Furthermore, Tajikistan is a member of Moscow’s Eurasian Economic Union and Collective Security Treaty Organisation (Tajikistan: the Kremlin’s frontier against the Taliban; The effect of terrorism in Afghanistan on Russian-Tajik relations).

Since 2013 when Beijing launched the Belt and Road Initiative, China has invested significant financial funds in Central Asia to modernise regional infrastructure and stabilise this strategic area. In 2011, due to Dushanbe incapacity of paying back loans to Beijing, Tajikistan offered 1,158 square kilometres of disputed territory in exchange for the writing off of the debt. At the beginning of 2021, China suspended debt repayments from Tajikistan since Beijing owns nearly half of Tajikistan’s 3.2 billion dollars foreign debt pile (more than 1.2 billion dollars). Recently, Tajikistan and China reached an agreement on establishing a Chinese military base in the country to guarantee border security and allow Beijing to contrast terrorist threats from Afghanistan (Chinese military base in Tajikistan: regional implications).

Since India seeks to strengthen its position and influence in Central Asia to oppose China and Pakistan and Tajikistan needs to diversify its international partners, New Delhi – Dushanbe discussed economic cooperation and partnership. In this regard, the Indian Government also aims to establish its military presence (Indian interests in Tajikistan in the emerging regional dynamics).

Iran has always shown interest in Tajikistan. Due to its linguistic and cultural proximity to Iran, the Tajik republic is traditionally one of the key vectors of Iranian diplomacy. Even though the relations between Tehran and Dushanbe are fluctuating, Iran could take advantage of the Tajiks’ membership in the so-called ‘Iranian world’ and the presence of Iranian companies and investments in the Tajik market to strengthen its role in the country and use this territory as a springboard in Central Asia, Afghanistan and China (Iran e Tagikistan rafforzano la cooperazione nei settori energia e sicurezza).

The European Union cannot lose the opportunity to strengthen its presence and role in Central Asia because this region has a significant strategic role in Eurasia. Due to its geographical position and current sociopolitical and economic situation, Tajikistan might become a key asset in Brussel’s Central Asian strategy.

Tajikistan needs to diversify its economy and foreign investors to decrease its dependence on Russia and China. Whether the EU strategy in the country will be continuous, constant and supported by investments, Brussels might ‘win the heart’ of the Tajik Government and people and carve out a prominent role in the Tajik market.

If the European Union becomes a strategic partner for the Tajik Government, the United States might also benefit from this condition in their struggle to counter the Kremlin’s Eurasian Economic Union and Beijing’s Belt and Road Initiative (Geopolitics of the U.S. strategy in Central Asia).

Dushanbe might welcome the European support in controlling the borders with Afghanistan and contrasting the spread of terrorist organisations because Brussels is not promoting a strategy based on establishing a military presence on the Tajik soil as Russia, China, and the United States did.

Related Posts
The role of pro-Iran Shiite militias in Afghanistan 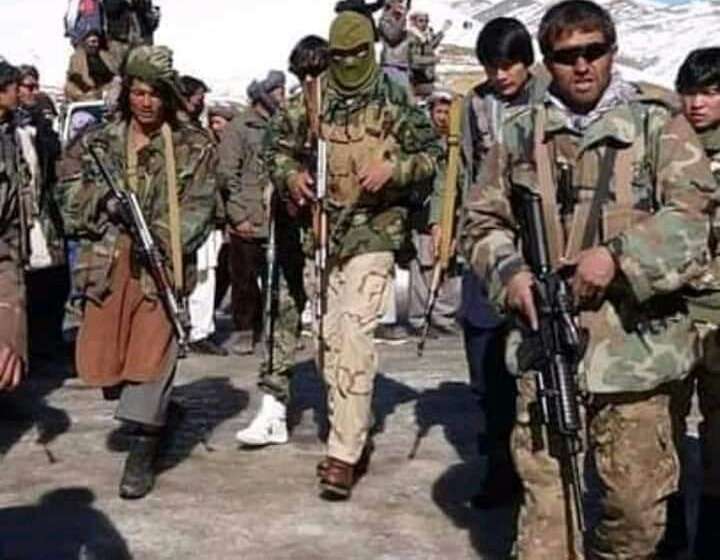 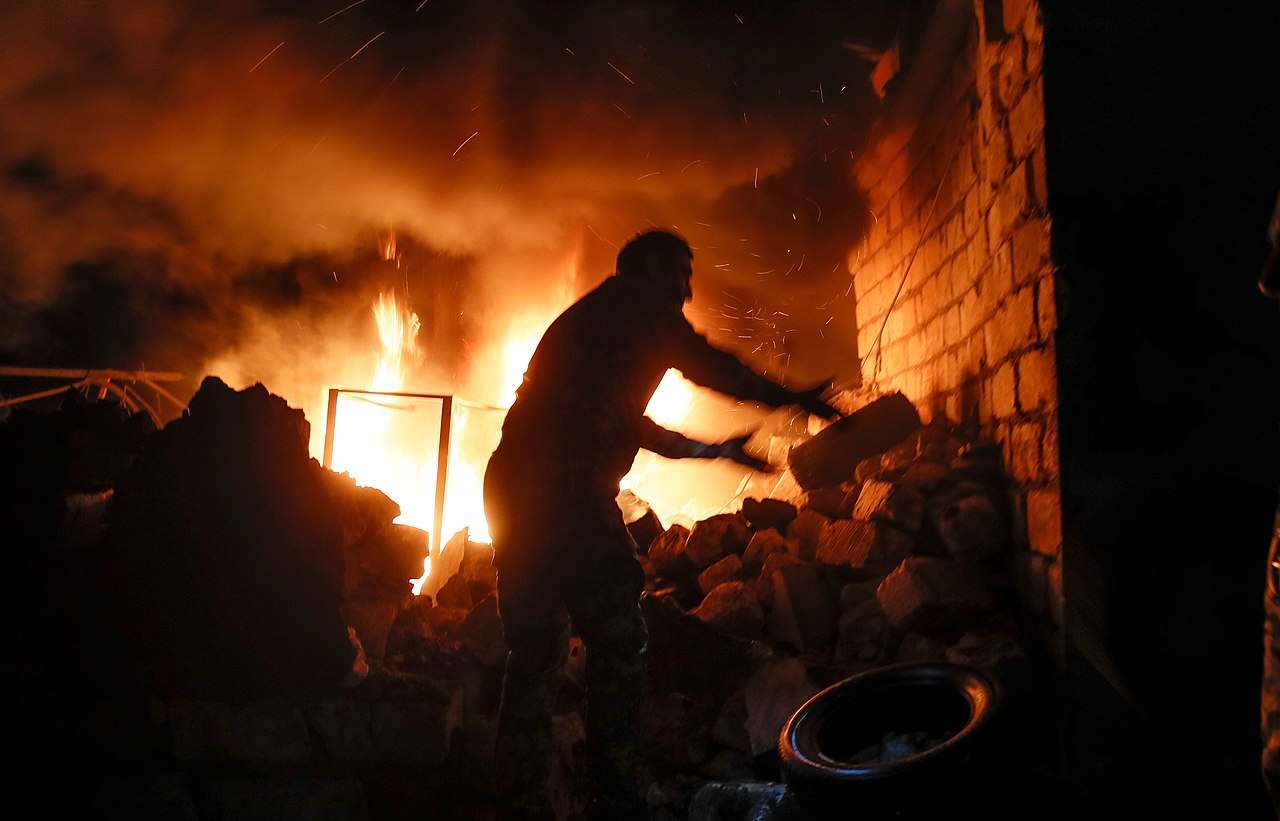 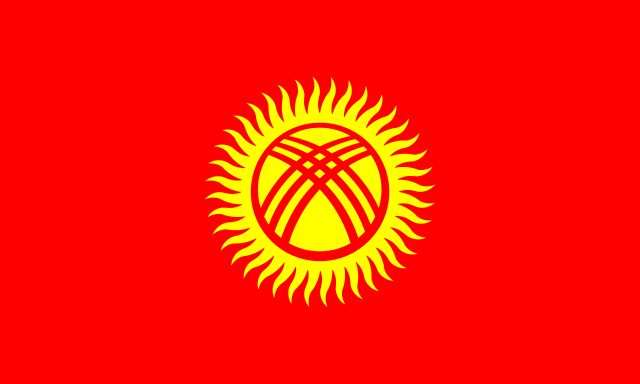 Hong Kong: The Fall of ‘One Country, Two Systems’